How My Hair Defined My Early 20s

In January 2016 I cut my long hair and I haven’t managed to grow it back ever since. As dramatically as it sounds, my life was divided into two parts, so we might as way refer to that period as BH (before haircut). The haircut, as simple as it was, gave me the ability to see myself differently. It made me feel sexy, sophisticated, cool and all the other things you want to feel when you are nineteen.

November 1, 2016 was the day short of unremarkable, except that I had just bleached my hair blonde. The inspiration came from re-watching Gone Girl in one of my English classes. I was booking the appointment as the professor was giving homework. I wore a turtleneck to salon (friendly advice: don’t do it) and was itching for the whole day afterwards. It didn’t stop me from feeling absolutely terrific. I looked so different I shrugged every time I saw myself in a mirror, but the change felt like drug rush, and I love it.

It took me awhile to update my Tinder profile, so all of my dates were rather surprised to see me. None of them complained and I was overbooked so the surprise must have been pleasant. Do gentlemen really prefer blondes?

As great as the blonde (and men that come with it) goes, it’s unimaginably expensive, and the time it takes to get it is borderline torture. So I never really managed to keep up with it. Even though it is much cheaper and quicker to refresh the roots every month or so then to do the whole head, I went against all logic and dyed my hair dark just to go through the whole circle again a few month later. And I didn’t do it once. The thing is, life doesn’t teach me anything, but more on that later.

By the way, going ‘light cool brown’ did not affect my Tinder life in any way so it must have been my personality all along.

In 2017 I became a feminist. I was always a feminist at heart, but at that point I took my views out on the streets. In normal words, posted a picture on Instagram with a clever caption and almost visible nipples. Instagram deleted that picture, so I had to re-post it in a slightly different angle. That stage of my life is marked by revolutionary moods, boudoir photoshoots and shoulder length wavy hair as to point out my femininity.

I’ve never looked more chick than in the spring of the same year with my short sharp bob and a new found love for pearls (tribute to femininity). I was never as sure of my bright future as I did back then. I was smart, funny and looked like a French actress from the 70s. Unfortunately I didn’t smoke; that could have elevated my image to the whole new level. But I did drink wine like there was no tomorrow, that helped a bit too.

In March 2018, I went to Venice with my best friend for the second time. I remember the trip quite well for two reasons: the Bellinis (I assume explanation is not necessary) and my hair color. The most vivid memory is me washing my hair sort of bended over the bathtub and pitch black water running down the drain — the result of a DIY hair dye a few days earlier. Should probably also mention that I smelled of ammonia through the whole trip.

By April the hair dye was almost washed away, and I was left with a lovely espresso undertone. The novelty of it was wearing off, so obviously I had to do something. And so I cut my bangs. I did it using manicure scissors in a badly lit bathroom and that speaks a lot about my skills — I looked fabulous. So fabulous, a few weeks later I cut my best friends bangs with manicure scissors too. I would have gladly cut my other friends hair but I only had one at that point. Also a point to make, I don’t really remember dating while with bangs.

Next time I went blonde was just before my cousins wedding. Another mistake, I am aware. My hair was fried and the shade looked off. Not to mentioned my eyebrows were so dark it looked ridiculous. My mom helped me bleach them, at which point they became orange, wash them with purple shampoo and then colour light brown. I almost went blind but to be perfectly fair, I looked amazing on the day of the wedding AND my hair colour lasted longer than his marriage.

Three major and somewhat related things happened in September. My best friend left to China, I coloured my hair beige and I met my boyfriend. He fell in love with my sense of humour, exceptional beauty (putting things in his mouth), and beige hair colour probably didn’t hurt. I looked very marital back then.

As you can probably imagine being simply marital wasn’t enough, so a few month later I did it again. That time, instead of going to a trustworthy Russian place, I went to the lady who had a same day appointment available. Patience was clearly not my virtue, and I paid for it. I left the salon on the verge of tears after paying and tipping the hair-dresser and not saying a word. I hated the colour. I hated myself for not saying anything. My hair was greyish, plus she left a very definite dark line of roots. By the time I came home I was practically sobbing. My boyfriend, unsurprisingly, didn’t notice the change in my appearance and did not understand the reason for such a distress even after an emotional explanation. Men.

I sometimes wonder where the desire for a change comes from (yes, I still get it on regular basis). It probably doesn’t help that I am easily influences by any types of visual arts, or anything that has  a story in it. But there must be something deeper to it, right? I think I’d make a brilliant case study. 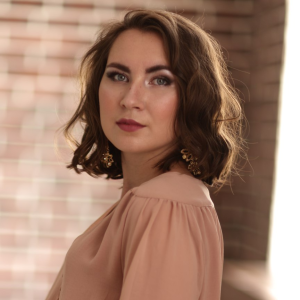 A Tribute to Summer